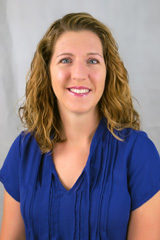 Kathy Sasser has been supporting mothers since 2006, initially as a community based counselor, then as an IBCLC after earning board certification in 2010. Before entering clinical practice, she spent more than a decade in community education, bringing scientific issues to the public in non profit and private settings. Having worked with a diversity of families, Kathy believes that each mother and baby are unique and strives to bring a respect for these differences as well as a strong clinical practice to her work. She graduated Magna cum Laude and Phi Beta Kappa from the University of Georgia, earning both Bachelor of Science and Bachelor of Arts degrees. Kathy is past Board of Directors of SELCA, and member of USLCA and ILCA. She is also the mother of two boys who have grown up into the exciting world of bugs, mud, and Legos.

How do I get a referral?