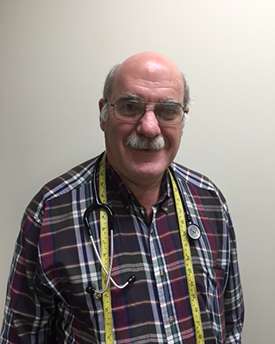 Dr. Yates earned his MD degree from the University of Virginia in Charlottesville in 1978. He then went to Buffalo, New York, where he trained in general pediatrics and practiced for nearly 34 years. His time in western New York culminated with his becoming Medical Director of an inner-city clinic and being appointed Professor of Clinical Pediatrics at the State University of New York at Buffalo.

Dr. Yates and his wife, Jackie, moved to Woodstock in June of 2015 to be near their grandchildren, twin 4-year old boys and a 1-year old girl.

Dr. Yates also holds a Master of Arts in Bioethics, has published articles in several medical journals, and teaches medical ethics. He also enjoys playing with the grandchildren, cooking, golfing, and playing in the orchestra and bell choir at the Atlanta-area church that he and Jackie attend.